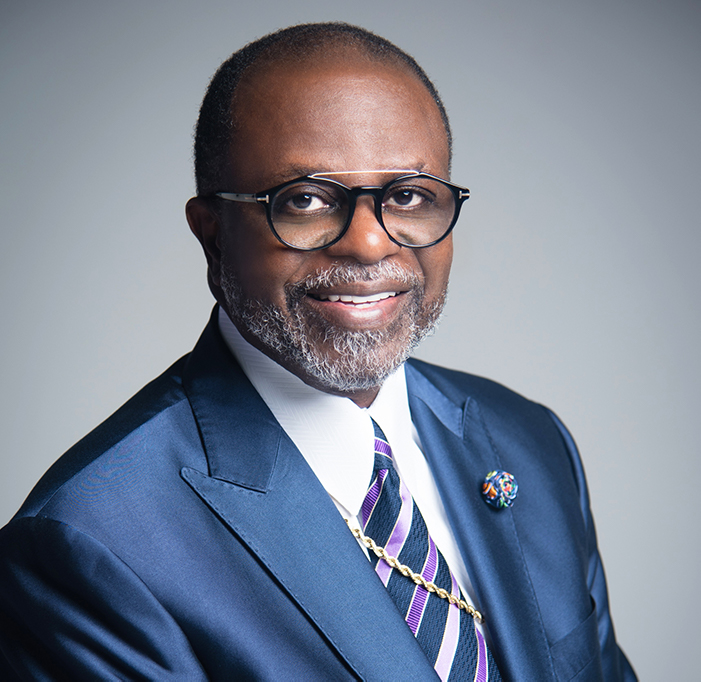 Bishop Samuel L. Green, Sr., is the son of the Late Reverend and Mrs. Henry E. and Irene W. Green, born on August 31st in Tampa, Florida. Bishop Green was nurtured by his late parents in strong religious and moral values, along with his sister Minerva Green and four brothers; Retired Master Sergeant Paul Green and the Reverend Drs. Henry, John and David Green. Bishop Green was reared in the state of Florida, where he received his formal education.

Like the prophet Samuel in the Old Testament, the Bishop Samuel L. Green, Sr. was very young when he first realized his calling into the ministry. No supernatural acts of God were necessary to compel him to serve. “There was no light or anything like that,” Bishop Green said. “It was just an assurance that I had that this was what God wanted for me to do with my life.”

By the time he was 17, he was already preaching and touching the lives of others, but Bishop Green faced challenges in his early walk. Living in a way that pleased the Lord was a challenge for him as a teenager. He felt pressure to join his friends in activities that he knew would undermine his spirituality. He also faced doubt and criticism because of his youth, inexperience and desire to revolutionize the structure of the church. Bishop Green has been inspired to take daring new approaches, including more open worship and a ministry specialized for individual needs.

Bishop Green pastored St. Mark African Methodist Episcopal Church in Orlando, Florida, where he served from 1988 to 2004. Under his direction the church added a daycare facility and family life center, which housed the church’s preparatory school. In honor of his dedication to furthering the kingdom of God; the church renamed the Family Life Center to the Samuel L. Green Sr. Family Life Center during his final month there. He has also held pastorates at two other Florida churches: Mt. Zion A.M.E. Church in Green Cove Springs and Mt. Zion A.M.E. Church in St. Petersburg.

After 19 years of progressive, productive and proactive ministry as a pastor, at the 47th Quadrennial Session of the African Methodist Episcopal Church General Conference, held in Indianapolis, Indiana he was elected and consecrated the 125th Bishop in the line of succession in the history of the African Methodist Episcopal Church since Bishop Richard Allen.

Over three decades after accepting his calling, the same passion to lead others to a closer relationship with Jesus exists within Bishop Green’s soul. As one of the 21 active elected and consecrated bishops of the African Methodist Episcopal Church and Presiding Bishop of the 7th Episcopal District and Chair of Allen University Trustee Board, he views the church as a proponent of change. In his opinion, meeting the needs of the community is a priority, from housing to job training to educating our youth to confronting injustice everywhere.

Bishop Green has a special interest in reaching out to the youth in a way that allows them to express themselves and offers them a refuge within the church from negative influences, such as gangs. One of his passions is the rejuvenation of the young adult and youth ministries in the church.

Bishop Green has served as the Presiding Bishop of the 15th Episcopal District (encompassing Angola, Namibia and the Western part of the South Africa, inclusive of the city of Cape Town), and the 12th Episcopal District (encompassing the states of Oklahoma and Arkansas). When he arrived in July 2008 to the 12th Episcopal District, Shorter College was unaccredited. Under Bishop Green’s guidance the credibility of the Church’s only junior college was restored. This herculean task began with a thoughtful selection of new leadership and the development of visionary plans in Shorter College’s self-study was commenced to gain candidacy status with Transnational Association of Christian Colleges and Schools (TRACS). On April 13, 2011, Shorter College received notification of its successful completion of this accomplishment. That was not enough. Full accreditation was necessary. With intensive work, strong leadership, and a committed board, the TRACS site team returned August 19, 2013. On October 29, 2013 Shorter College was granted full-accreditation by TRACS for 5 years 2013-2018. After accreditation, Bishop Green was challenge with refurbishing the physical plant of Shorter College. Through the financial support of the people of the 12th District, the Samuel S. Morris, Jr. Student Center, The F. C. James Building and the Henry A. Belin Healthplex were remodeled. All renovations were paid for in full without acquiring any loans.

Education is highly valued by the bishop, who holds an Associate of Science degree in Funeral Services, from St. Petersburg College; a Bachelor of Arts degree in Religious Studies, from the University of South Florida; a Master of Divinity degree, with a concentration in Christian Education and Ministries of the Church, from Turner Theological Seminary at the Interdenominational Theological Center in Atlanta, and a Doctor of Ministry degree from Columbia Theological Seminary in Atlanta. His dissertation was entitled “Developing The Methodist Class Leader System, As A Model for Pastoral Care”.

A primary source of support for Bishop Green and one of the greatest honors of his life has been fathering three sons: Samuel, Jr., Adam, and Stephen. Bishop Green strives to meet his family’s spiritual needs but feels it is important to be more of a father than a pastor in his home. He appreciates the closeness they all share and never hesitates in expressing his love or pride in their accomplishments. “I’m excited about each one of their individual growth, development and unique personalities,” he said.

In 1991, Bishop Green lost both his own parents within a few months of each other. It was during this time that the comforting words he so often spoke to others became much more real in his own life. “The absence of my physical, biological parents left a major void in my life,” he said, “but it was through that period of meditation and seeking God that I felt the true essence of God as both father and mother.”

No matter how successful, Bishop Green continues to keep his focus on the Lord and keeps his favorite biblical verse in mind at all times: “But seek ye first the kingdom of God, and his righteousness; and all these things shall be added unto you” (Matthew 6:33 KJV).

Login to 7th District AME Church - South Carolina
Reset Password
Enter the username or e-mail you used in your profile. A password reset link will be sent to you by email.
Get updates, events and news straight to your inbox!
Stay in the know with AME7!
SIGNUP