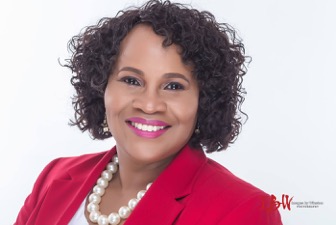 Supervisor Green, a native Floridian, was educated in the public school system of Pinellas County. She furthered her education at Bethune-Cookman College (University) in Daytona Beach, Florida where she obtained a Bachelor’s Degree in Psychology. She later earned a Master’s Degree at Florida Agricultural and Mechanical University (FAMU) in Counseling Education.

Throughout the years, Supervisor Green has enjoyed working with the Women’s Missionary Society, the Young People’s and Children’s Division, the Christian Debutantes and Masters Commission, and the Ministers’ Spouses, Widows, Widowers Plus P.K.s Organization (MSWAWO). She served as the 11th Episcopal District M-SWAWO President from 2001-2008.

Aside from her work in the church, Supervisor Green is a Golden Life Member of Delta Sigma Theta Sorority, Incorporated, has served as a tutor for elementary school-aged children and is a former member of the Tallahassee Chapter of Jack and Jill of American, Incorporated. In addition to her social, civic and church-related responsibilities, Supervisor Green loves “tweaking” recipes when cooking for her family.

Supervisor Green and her husband John are the proud parents of one daughter, Courtney.

Among Supervisor Green’s many goals, two that are near and dear to her, are writing a devotional guide for clergy spouses and creating avenues by which all people will come to understand their responsibility for sharing with others the gifts and graces given to them by God.

One of her favorite scriptures comes from Proverbs 16:3—“Commit to the Lord whatever you do, and your plans will succeed.” (NIV)

Login to 7th District AME Church - South Carolina
Reset Password
Enter the username or e-mail you used in your profile. A password reset link will be sent to you by email.
Learn to create professional videos and have fun in the process of creating videos.
Video Review And Collaboration.
Get Started
X