She was attending a revival worship service at Shiloh African Methodist Episcopal Church in Downtown Charleston where the pastor, an animated and dynamic female preacher, was discussing the biblical story of the Apostle Paul surviving a snake bite.

Using a handkerchief, the revivalist illustrated the message of how God takes care of his children.

“She was preaching to all ages. It was beautiful – laying on hands, people on the floor, I never seen anything like this before,” Sears said. “It’s my earliest memories of a sermon, although I was in the church since I was a baby.”

“She was very animated, clear in her points, clear enough that a child could get it, but also anointed,” Sears said.

Sears was inspired by how her pastor evangelized effectively, yet simple enough for anyone to comprehend. Sears would eventually enter the ministry with the same mindset – communicating the Gospel as plain as possible.

Sears grew up in Summerville in a Christian-based home. Her mother is a pastor. In high school, she ran track for the Green Wave where she believed she was being prepared for ministry through athletics.

“(It) taught me more discipline at an early age,” Sears said.

Sears attended Benedict College where she discovered her call to the ministry after having dreams and visions.

But she ran. Comparing herself to the prophet Jonah, Sears accepted an executive training position in Atlanta instead. While in Charleston for summer break, she was involved in a car accident that riddled her body with injuries. She said doctors told her she would not be able to perform all sorts of functions.

Sears said she knew God was trying to get her attention. 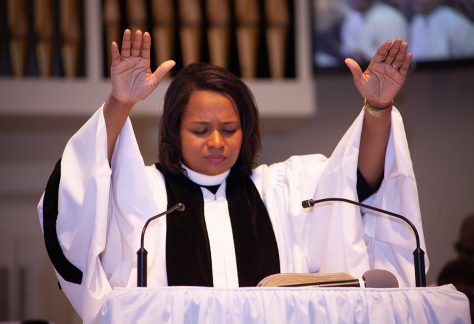 “I answered the call (to ministry) on a sick bed,” Sears said. “I was in the belly of the whale…when I said yes Lord, things turned around. He had to get a hold of me.”

She committed to her calling, but also to being creative. Her years of pastoring have included a host of efforts to use technology to do ministry.

Sears started her “Say What Now” YouTube and Facebook series while pastoring Bethel African Methodist Episcopal Church in Darlington. The animated video teachings points to the biblical validity of old church-like sayings. In a recent video, Sears discusses how preachers in black churches often refer to Jesus as “the Bright and Morning Star.”

She highlights scriptures that distinguishes both Jesus and Satan as “the morning star” and talks about its different meanings.

“The whole point of the series is to challenge the culture against the scripture,” Sears said.

Sears’ series which she produces with her husband Craig who serves as a lead video editor and animator for Benefitfocus in Charleston, attracts up 100,000 viewers per week from people as far as the Philippines and Africa.

“I thought it would maybe create buzz in Darlington and Florence and help me grow the church there. It went international,” Sears said. “I didn’t expect it to go as far as it did.”

A third-generation AME, Sears knows that the denomination is often known by its traditional style of worship.

“Sometimes I feel like the church is a bubble,” Sears said. “We have smart phones and smart TVs in the world and we’re ok with that on our jobs…when it comes to the church,” congregants are uncomfortable with embracing the innovation.

She challenged herself to be imaginative.

“The burden for me is always the innovation,” Sears said. “God always gives me this constant ideas of how to infuse what’s relevant in the world into the church.”

After serving in AME churches across the state, Sears returned home this year when she was appointed to pastor Greater St. Luke in Downtown Charleston. She became the church’s first female pastor in its nearly 150-year history. The church serves as one of the largest in South Carolina – the largest among the denomination’s Kingstree District.

Sunday worship at GSL, is traditional. Stained-glass windows, red carpet, cushioned pews, and an order of worship that is familiar to AME’s across the globe, point the denomination’s tradition.

But even in the walls of the historic edifice, Sears is spearheading change.

Sears is starting with two contemporary worship services. She plans to conduct a “tech-infused” sermon where she will use the existing TV monitors to outline teaching points during her sermon. Along with a new Lunch and Learn Bible Study, Sears has begun renovations and streamline administration.

She also helped the church establish a stronger online presence, created a new logo, worship guides, and is using social media to reach the masses.

Sears, her husband and the ministerial staff are in the process of establishing a STEM program where 25 to 30 African-American youth can develop science, technology, engineering and mathematic skills, while infusing the arts.  She hopes that older members will look to pass-down gifts they have to the younger generations as well. 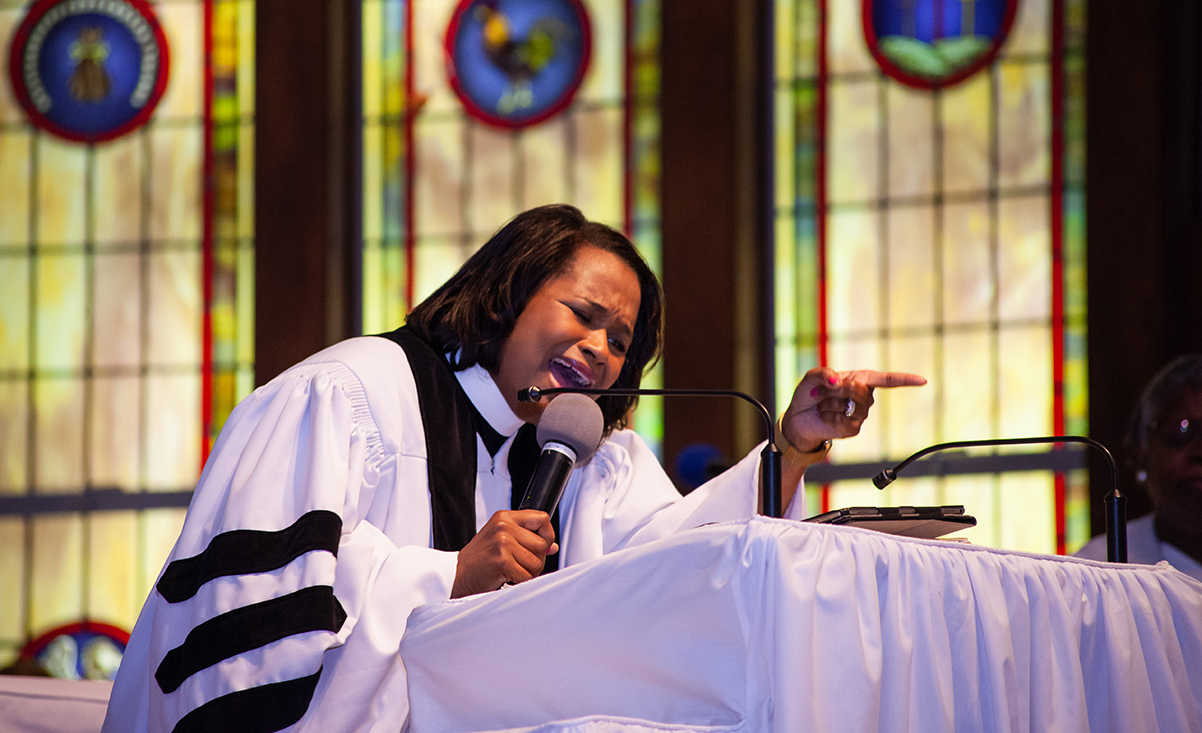 “What I love about [Greater St. Luke] is they are open to new ideas. They ask, ‘Pastor, what can we do? Anything we should adjust?’ I have not experienced that before. They are ready and willing.”

As the state’s new creative director, Sears will also help the episcopal district be innovative in the way it reaches members as well.

Under the leadership of Bishop Samuel L. Green, Sr., the district has gained a wider online presence in the way it communicates to the world. Church conferences will feature a “video wall,” Sears says, and they are using videos to promote holy convocations and other worship experiences.

The point of it all, Sears says, is to fulfill God’s plan on earth.

Recent News & Announcements
Archives
Login to 7th District AME Church - South Carolina
Reset Password
Enter the username or e-mail you used in your profile. A password reset link will be sent to you by email.
X